A brief history of Watford

Watford has a fascinating history and is fortunate to have Watford Museum located in the town centre, which holds a wealth of information about how the area has developed from an old settlement and transformed into a thriving town. The museum holds beautiful works of art and extraordinary artefacts, including flint tools from the Stone Age and coins from Anglo Saxon times. With the help of Watford Museum, we look at the history of Watford and how it’s shaped the town we know today. 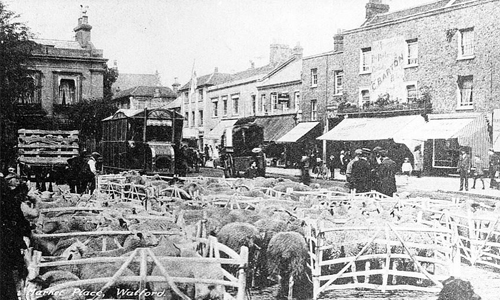 Once a settlement in the 12th century, and along a route frequently used by travellers, the Abbot of St Albans asked for, and was granted, a Charter by the king to host a weekly market. The marketplace was a chance for livestock to be sold and other market goods to be traded. It was held in the same square, known as 'Market Place', in the town centre up until 1928 until it was moved to another location. A market is still held in Watford and is now situated in the centre of Watford, on The Parade, which is easily accessible and is usually open Tuesday – Saturday. Opening times can be found here.

The Abbot of St Albans also arranged for a church to be built adjacent to the market, St Mary’s Church is still standing tall today. 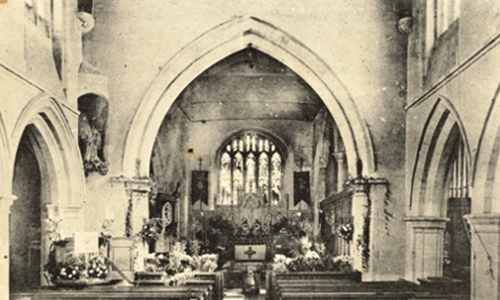 With evidence of parts of the structure dating back to the 13th century, St Mary’s Church is the oldest building in Watford and the tombs and memorial structures within the graveyard tells us a lot about the people who lived in the parish and how the area developed to become an industrial centre.

Some of the significant residents who are identified from the tombs include members of some influential families from the town:

Many of the people in the tombs can be traced back to coming from trade backgrounds and the size and quality of the tombs tells us they were wealthy individuals. One example is Christopher Dalton who was from a milling family, and is listed as “Christopher Dalton Esquire” which implies he was wealthy enough to own property. 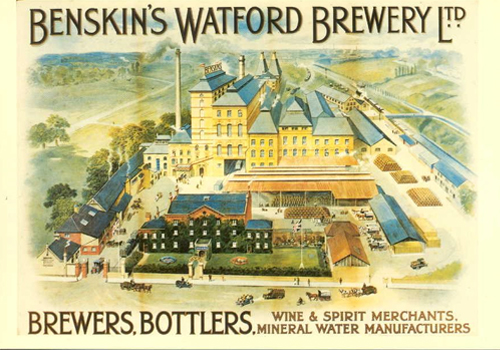 When John Dyson, the son of John Dyson Senior, who has been producing beer in the town since 1751, was buried in 1867, Watford had developed to be a very different town as roads and houses were built and farmland dug up to make way for water and sewage pipes. In fact, it was the early 1800s which saw the biggest and most rapid changes to the town as the construction of the Grand Union Canal enabled goods to be transported quickly and made things a lot more accessible. Not only was the canal a significant addition to the town, but the opening of the railway in 1837 provided links to London and the West Midlands so it encouraged new industries including printing on a small scale which grew leading to Watford being an established industrial centre by the early 1900s. 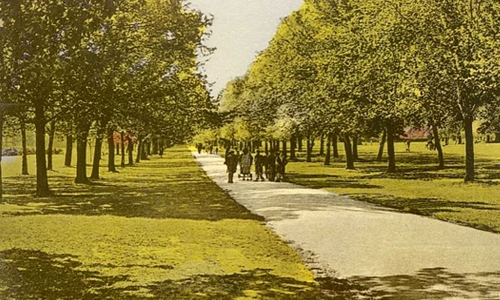 Once belonging to the Abbey of St Albans and later becoming the estate of the Earl of Essex, the land covering Cassiobury Park has been known as the “gem” of Watford. In 1909 the land was purchased by Watford Borough Council and is the largest public open space in Watford as it covers over 190 acres. The park includes cycling paths, walking routes, fishing areas and the Grand Union Canal flows through it bringing lots of wildlife and is a beautiful place to explore on your doorstep.

Did you know, the football team Watford Rovers was formed in 1881 when they were given permission by the Earl of Essex to kick a football around in the park. The football club was later changed to “West Herts” and in 1898 was merged with a rival club “Watford St Mary’s” to form Watford Football club. Watford FC moved into their home ground at Vicarage road in 1922 and are still there today. 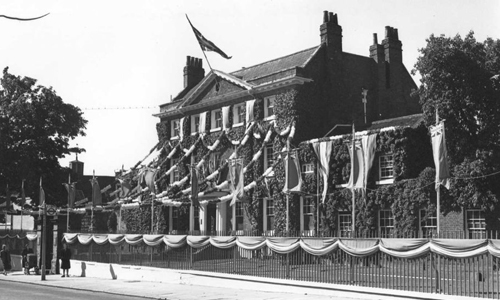 The former offices of the Benskins Brewery became home to Watford Museum in 1981 and was opened by actor and comedian Terry Scott, a former resident of Watford Fields. The museum has displays of local history and industry, including printing, brewing, Victorian Watford, Watford at War, 20th Century Watford, Watford Football Club and the Cassiobury Collection of fine art, of which many pieces have been digitalised and are able to view online.

The museum has a busy programme of events and activities for all ages and a free education service for the local community. Whilst the museum is currently closed, they have been focusing on more online exhibitions and galleries which you can view on their website.